The National Independent Visitors Network Development Project launched in March 2014 with the aim to raise awareness around the role of the independent visitor (IV), and introduce a set of national quality standards. This is a three year project, funded by the Tudor Trust and hosted by Barnardo’s. The project has helped set up six professional network groups across England and Wales, and these groups have been instrumental in guiding this project and providing the data for this report.

From our discussions with network members across England we understood that there was a lack of awareness around IV, and potential gaps where children are unable to access the service. We also know that services vary greatly in how they are delivered and the network aims to provide improved consistency and increased reach. There was previously limited national data held on independent visitor services; the Department for Education does not hold this data, therefore we decided to proceed with a freedom of information (FOI) request. Our aims for carrying out this FOI request were firstly to understand how many children in England are currently receiving support from an independent visitor. Secondly, we wanted to identify any gaps in services. Thirdly, we wanted to gather a more detailed picture of what
IV services look like in order to share best practice examples. This would enable us to share a current overview of data and help guide us in how to improve consistency, standards and reach.

Key findings
• There are around 2,200 children currently matched with an Independent Visitor – 3.2% of the total looked after children (LAC) population in England.
• There are currently over 1000
children on a waiting list for an IV; the data shows over two thirds of local authorities (LA) have a waiting list.
• 8 Local Authorities (LAs) in England responded that they do not have an IV service.
• 5 LAs operate solely on a spot purchase basis.
• 38 LAs reported funding IV matches beyond 18 years old; the data shows that in these local authorities, there were around 130 care leavers
benefiting from this. However many more relationships continue informally without funding. Four LAs told us they have officially extended their provision in line with the Leaving Care Act.
• 104 LAs contract out their IV service to external organisations; 32 LAs provide their IV service ‘in-house’.
• 40% of matches have known each other for at least 2 years .
• On average there are around 14 matches per service across England.

To read the full data report please click on the link below: 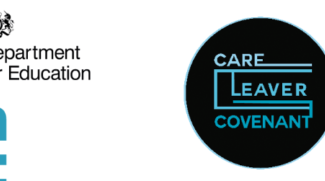 Advice for care leavers during and after Covid-19

20 years of being an Independent Visitor…